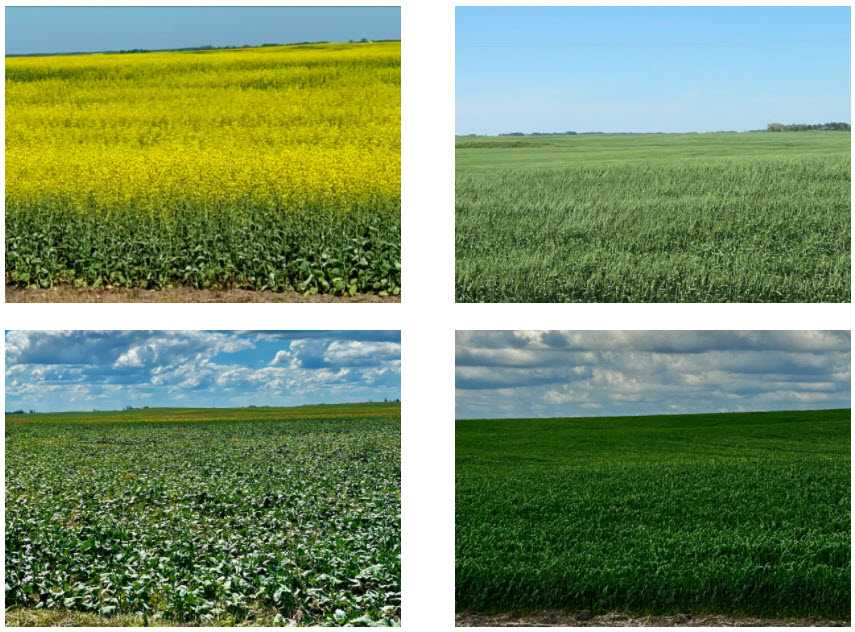 The above photos are of canola and wheat fields on parcels owned by Andjelic Land south of Whitewood. These photos were taken between June 27 - July 2, 2021.

I just came back from a northeastern crop tour. I started from Esterhazy and traveled northwest towards Wadena and Tisdale then did a tour around the Melfort area. The crops were best immediately around Esterhazy, going northwest until I got to the Foam Lake area. Most of the other areas showed stress, but nothing like the western part of the province. Usually, the areas around Tisdale and Melfort are some of the highest canola and cereal producers in the province. They are hanging in there but there is a lot of early ripening due to lack of moisture.

Next, I took a different route, went south of Melfort, near Elfros, and through Foam Lake. That area is amongst the best I have seen, with the least amount of stress, as most of the fields are still green for as far as the eye could see. This is the first area that I have seen green without yellowing and browning spots. From talking to a few of our tenants in the area, I have heard that they have received good rains and had just received half an inch two days ago in certain areas, while some of the immediate areas got one inch. Our producers are saying that the crop is average to above average in this area. Based on my tour, this area is looking the best of all three prairie provinces.

Overall, most of the canola and cereals are stressed, and I don’t think the yields would be much above half of what the three provinces normally produce. After all these crop tours, my thoughts are that I can see canola breaking all-time records and going to $25 per bushel. Even with half to two-thirds yield, I hope that most of the producers will do well if canola and other cereals reach all-time records, which I anticipate. The good crops continue all along Highway 15 and into Manitoba. 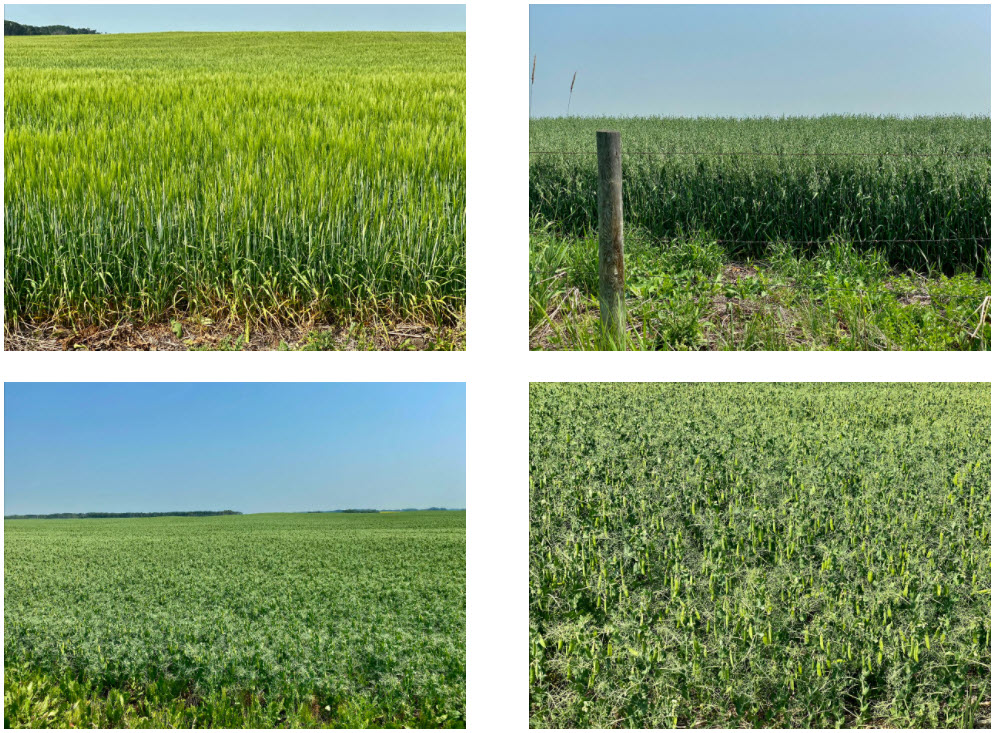 The above photos were taken Wednesday, July 14, 2021 in area's where Andjelic tenant's have been lucky and received adequate rain.

Be the first to know when new farmland leases become available.